Two species of chimpanzee occur in Africa. There is the Bonobo and the Common Chimpanzee Pan troglodytes (often shortened to Chimpanzee, and sometimes referred to as the Robust Chimpanzee). The largest remaining populations occur in central Africa (Gabon, DR Congo and Cameroon). About only 400 individuals, the population in Rwanda is an endangered one. 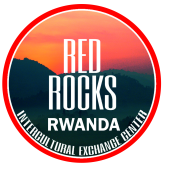