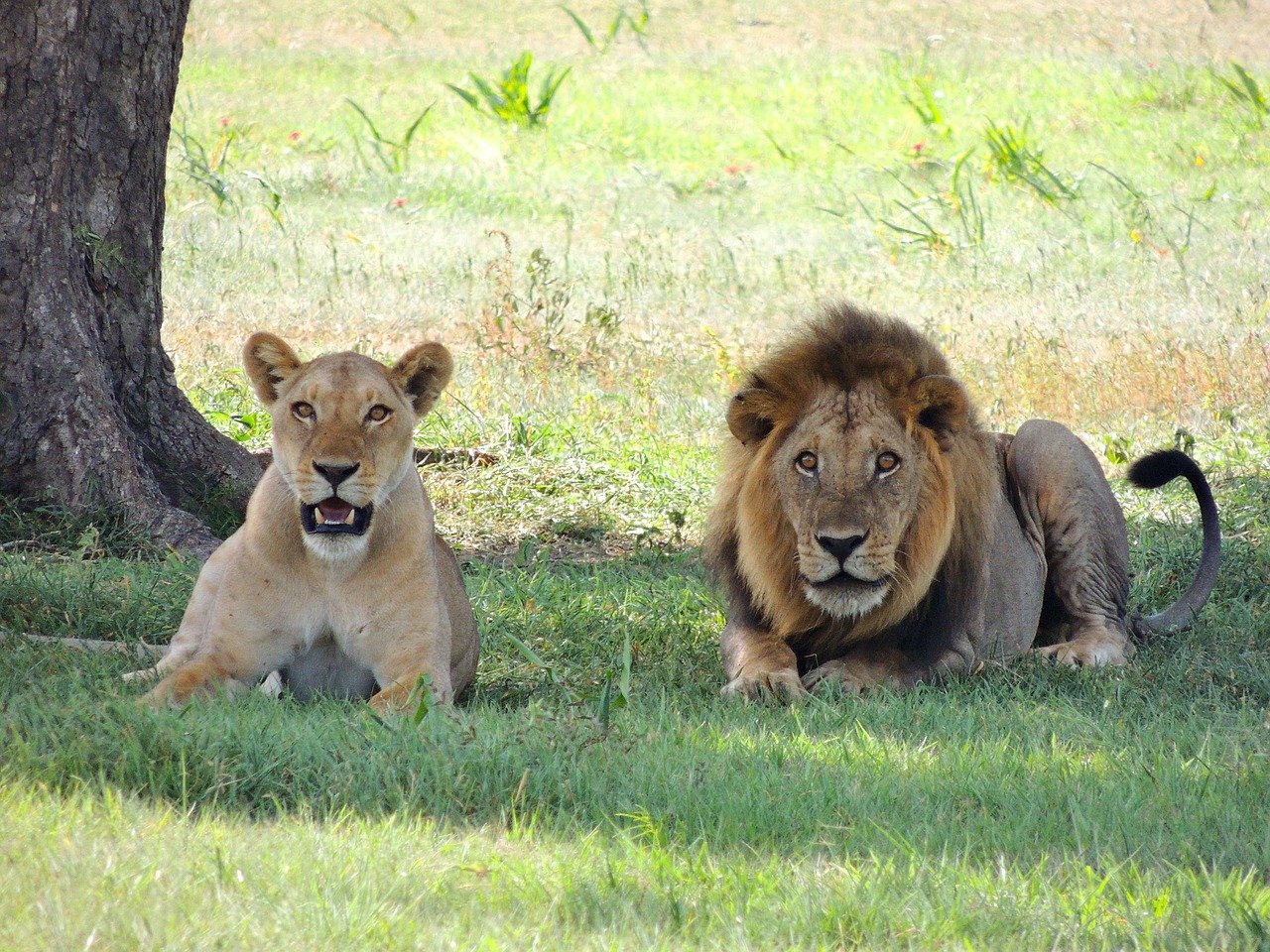 The Serengeti and Masai Mara safaris are both flagship wildlife destinations – spanning over 3,000 kilometers. They offer the most amazing wildlife experiences year-round for expectant tourists. Apart from the wildebeest migration event, they present the big five that includes:

The Masai Mara is in the Southwest of Kenya, where it shares an unfenced border with the Northern Serengeti National Park in Tanzania. Moreover, both parks have Kopjes that provide habitats for much wildlife, including lions. Open grasslands with patches of trees and thickets provide sustenance for many hoofed and smaller animals.

Serengeti or Masai Mara: Which Is Better?

The Serengeti or Masai Mara are both magnificent destinations full of wildlife. Therefore, one area is not better than the other. Visiting either the Serengeti National Park or the Masai Mara leaves one in awe of nature. Both safari destinations have lots to offer all throughout the year.

Therefore, if one wants to witness the great wildebeest migration, it all boils down to timing. The Serengeti is a Swahili word meaning “the land that moves forever,” referring to its rolling plain of grasslands.

The Serengeti is the bigger of the two parks, offering vast herds of hoofed animals such as:

Although large herds of these hoofed animals trek across the Serengeti plains from the south side of the park toward the north, right into the Masai Mara in Kenya, there are plenty of grass eaters that do not partake in the trek. You can view the animals all year-round making it easy for the tourists to plan their safaris. Moreover, you can also view:

The Masai is just like the Serengeti National Park on a smaller scale. As a result, it is much easier to view the animals, which are packed closer together. One can expect to see rolling plains with scattered thorn trees over distant hills that glow purple in the sunset. Consequently, this adds magic to this savannah landscape. The Masai Mara has fewer trees because the elephants have pushed most of them down, and the terrain boasts more hills.

This open landscape makes game viewing much easier – even more so in the dry season. At Masai Mara, there are lots of animals to view all during the year, including the big five, crocodiles and hippos in the Mara River.

It is not so much a question of should you visit the Serengeti National Park or the Masai Mara as a first-timer. It is more about expectations. The decision on which park to visit depends entirely on what you plan to see when going on a safari.

Timing is everything if you plan to experience the migration of the wildebeest. In the dry season, the animals migrate from the Serengeti to Masai Mara. As a result, to witness the Mara River’s wildebeest crossing, the Masai Mara is the place where you would want to be in the dry season.

Be part of the drama and tragedy of the wildebeest and other hoof animals as they take the gauntlet of crocodiles head on to cross the river. Many wildebeests die by drowning or getting stuck in the mud, and are caught by predators like crocodiles, lions and leopards while trying to cross. August through September is the best time to witness this part of the migration.

June through July is the mating season, when the herd will be at the Grumeti River in the Serengeti. The herd will split into smaller groups as the males form their harems. Consequently, they also become noisy, and lots of sparring will take place between the males. Migration camps like the Serengeti Lamai and Sayari Camp are excellent choices to stay for this part of the migratory route.

The southern Serengeti, especially Ndutu, is a must in December. Moreover, this is where the wildebeest return to the calves. Finally, the rain has rejuvenated the plains, and there is plenty of food to go around.

There is nothing more fascinating than seeing the animals with their offspring. One will also be able to see lion cubs, since food is more readily available.

Combining a Serengeti and Masai Mara safari is the ultimate safari plan. As a result, one can experience many phases of the great migration. Several safari packages cater for cross border game viewing of the migration.

One can witness the herds trek over open plains and then see the wildebeest cross the Mara River at one of four crossing points. The best time for a combined safari will be from July through November in the shorter rainy season.

As you plan for a safir, undoubtedly, you may be looking forward to one or two particular other attractions. Let’s take a look at a few of the most popular.

There are routes and opportunities for smaller hikes on the mountain without going to the summit. Moreover, tourists can visit nearby towns and explore the culture of the indigenous people.

There is nothing more exhilarating than to see the great migration and other animals from a different vantage point. This 40-minute journey over the Serengeti plains starts at 6 a.m. at the Seronera Lodge. There is no set chart, as the flight is totally controlled by wind direction.

The pilot will fly at an altitude of 1,000 feet for magnificent panoramic views, and some places will be at the height of the treetops. The balloon will land near one of the game trails. There you can enjoy a freshly cooked English-style breakfast. You will receive a certificate and then be whisked back to the lodge.

When it comes down to it, it is the experience that matters – not whether you’re choosing the Serengeti or Masai Mara Safari, or a combination of the two. What is important is to do your research beforehand and to decide what you plan to see on your safari.